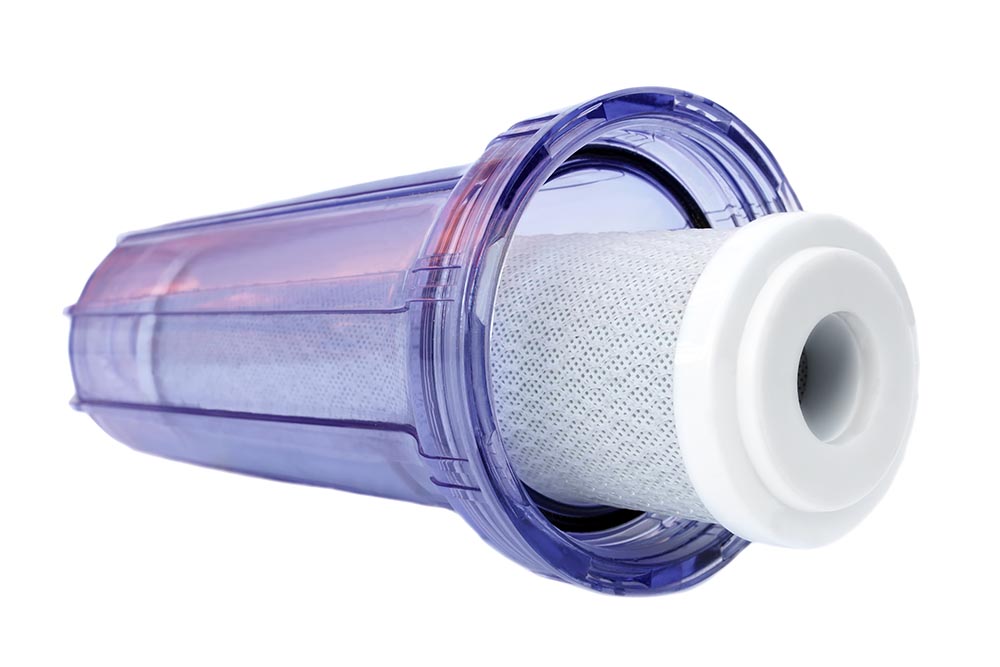 offer a wider range of suitability, a number of options being available from the nominally rated Economy Polyester Pleated Range through to the absolute rated Polyethylene Pleated Range providing filtration at >99.98% removal (at the stated rating) temperature.

is a specialized filter media used principally for dechlorination or removal or organic compounds and color in water. It will also remove other contaminants at low levels. The benefits of carbon filtration are mainly the elimination of tastes and odors. It is sometimes used as a post polishing
process. The length of the contact time of the raw water with the Activated Carbon is crucial to its removal capability which often means that large volumes of the media are needed for effective water treatment. Chlorine removal is a catalytic process in which the media does not become exhausted or blinded by the Chlorine. However the catalytic sites on the surface
of the Activated Carbon will eventually become blinded by other contaminants in the raw water so that the media will still need to be changed (typically every 1-3 years), even when the primary use of the media is for  dechlorination. The effectiveness of Activated Carbon at removing organic compounds such as pesticides and trihalomethanes varies according to the precise nature of the containments

Make Sure to Set a Title
Multi Media Filter

is a term usually used to refer to a filter containing media layers of anthracite, graded sand & a lower gravel support bed; such filters are used primarily for removal of suspended solids (particulates sizes as low as 10-20 microns) & turbidity.

Periodic backwashing of the filter media carries away trapped solids to drain. Backwash initiation of small filters is typically carried out on a timed basis whilst larger filters sometimes employ measurement of differential pressure across the filter bed to initiate backwashing, or to act as a back-up to timed initiation.

Iron and Manganese can be removed from water by using a media which encourages reaction between the contaminant and oxygen present in water. This reaction forms an insoluble precipitate which can then be physically filtered out by the media bed. The media acts “catalytically” which means that although it triggers the reaction it is not used up as part of the process, thus giving long life from a single filter. A choice of media is available depending upon the exact chemicals make-up of the water to be filtered. The media most commonly used are:

BIRM – This gives good removal at a relatively low cost. Generally suited to waters that would have been considered hard in nature, its performance is adversely affected by the presence of chlorine, organic contaminants and some chemical treatments.

FILOX R, has a much higher level of activity than BIRM, and is more suitable across a greater range of waters, it is chlorine resistant and can be used to help in the removal of hydrogen sulphide.

by means of a pH correction filter involves the use of a neutralising media, generally composed of crushed and processed limestone. This media dissolves into the water as it passes through the filter and the natural alkalinity of the filter media raises the pH. It is important to note however that due to the calcium level within the filtration media, the hardness of the water is also affected and may be expected to rise by around 50ppm. In such instances additional treatment by water softener may also be required.